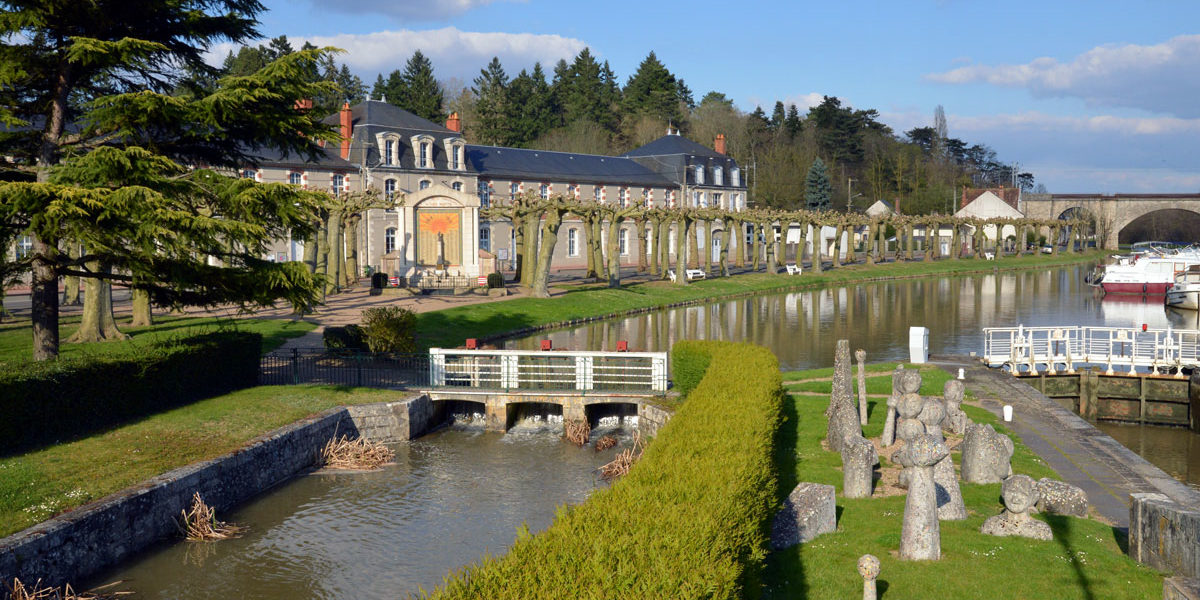 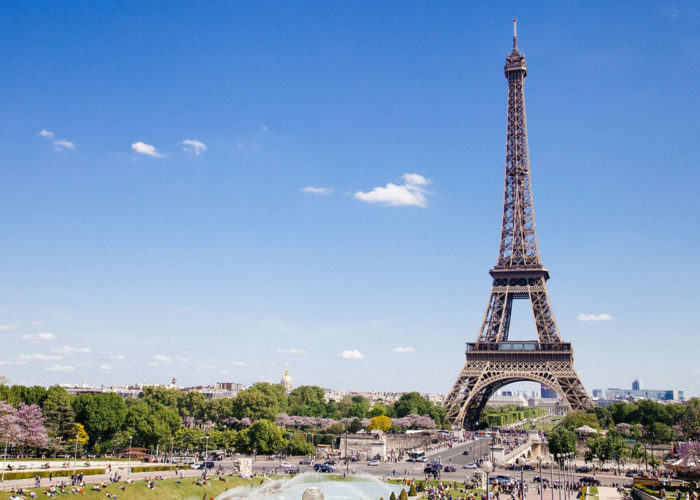 Welcome to the C’est la Vie moored in Montargis.

Pickup in Paris, your party will be met at 1 hotel of your choice in Paris at 10am by our driver and driven to the “C’est la Vie” which is moored in the town of Montargis.

After the traditional champagne welcome from Captain and crew, there is time to unpack as we set sail for the town of Montbouy, enjoying lunch on the sun deck as we meander along and settle in for a relaxing afternoon cruise. Arriving in Montbouy one cannot help but see the church of Notre Dame (Our Lady), perched on the side of the canal, it dates from the 12th Century and if you ask for the keys at the Mairie (town hall) just next door and you can enjoy the beautiful stained glass windows from the inside. This small town on the banks of the canal is worth a look before or after dinner. 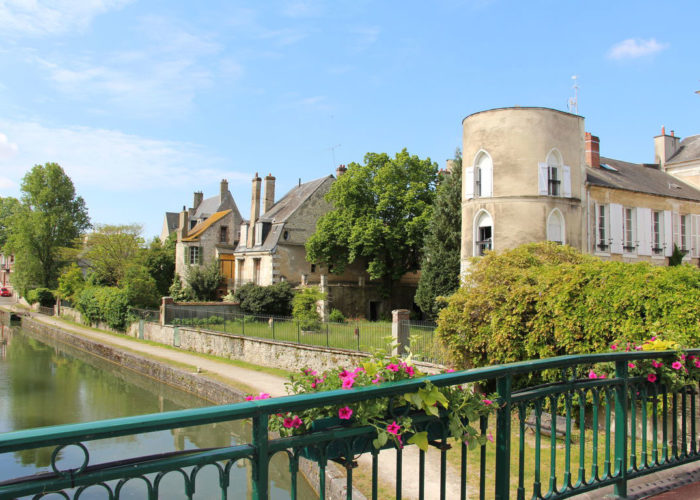 Before we start our afternoon cruise to Rogny les Sept Ecluses, we take a short ride to Montargis for a tour of this fine town, with its 131 bridges, you can see why its nick name is “little Venice”. With many buildings from 15th & 16th centuries, you will never be short of interesting architecture to look at. Discover the feudal castle, the half timbered buildings, shops and cafes. Perhaps buying some Pralines for which Montargis is famous.

Lunch is waiting for your return, before we cast off and start the next part of our journey. Arriving in Rogny les Sept Ecluses, (Rogny the 7 locks), you can walk to the 7 old locks and marvel at their construction, built in the 1st half of 17th Century, they were the idea of Henry IV and the Duke of Sully, in an bid to join the Mediterranean Sea to the English Channel by a network of canals and rivers to help improve the transportation of goods. It was finally opened for business in 1642.

Dinner on board the C’est La Vie 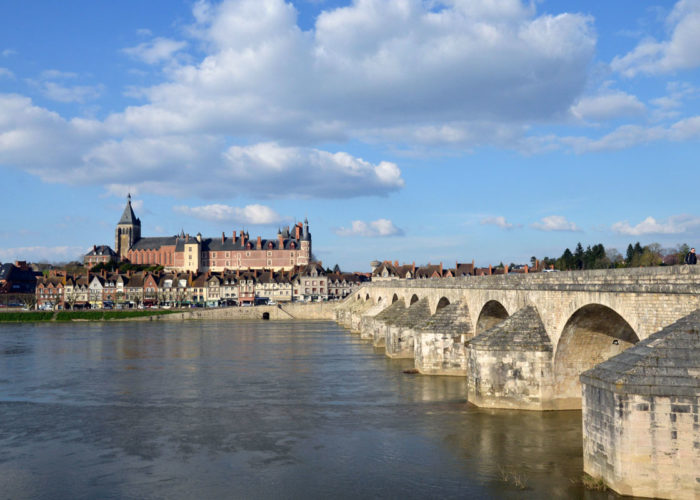 The town of Gien is famous the world over for its splendid tableware and is where we are headed this morning, after a visit to the pottery, take a walk through this market town and discover its remarkable history, built on the banks of the Loire river, there has been a settlement here since Romans times. Gien Castle which dates from the middle ages (12th century), has been regularly transformed over the years and the only trace remaining of this early castle is the “Tower of Charlemagne, a square tower, visible on the south facade.

The castle renovations too place in the sixteenth century, under Anne de Beaujeu (Anne of France), Countess of Gien and eldest daughter of Louis XI (1423-1483) and the castle is now referred to as Anne de Beaujeu’s castle. Over the centuries the castle has been home to many kings and Queens of France including Henry II, Catherine de Medici, Louis XIV (1638-1715) and also Anne of Austria (1601-1666) his mother. Today it is a hunting museum.

Returning to the C’est La Vie for lunch and an afternoon’s cruise, passing the 7 old locks of Rogny, the perfect photo opportunity, we make our way up the 6 new locks, which replaced the old 7 ones, when they were closed in 1887. After rising up to the plateau, where lakes and marshes reign, we descend another flight of locks to make our way to the town of Ouzouer sur Trézée.

Now’s the time to walk off lunch, or just sit and relax on the sun deck and enjoy a cocktail before dinner on board the C’est La Vie

This morning’s cruise takes us to the town of Chatillon sur Loire, crossing over the Loire River at Briare on the “Pont Canal”, this aqueduct designed by Gustave Eiffel, was constructed in 1890.

The Château of St Fargeau is this afternoon’s destination, dating from the 10th century; it was built by the bishop of Auxerre and has undergone many additions and restorations over the years. It has a distinctive design, the château’s walls and towers form an irregular pentagon, the corners of which are formed by six towers. Five of the towers are topped with lanterns. The château was designated a historical monument in 1945.

Returning on board in time for cocktails and dinner. 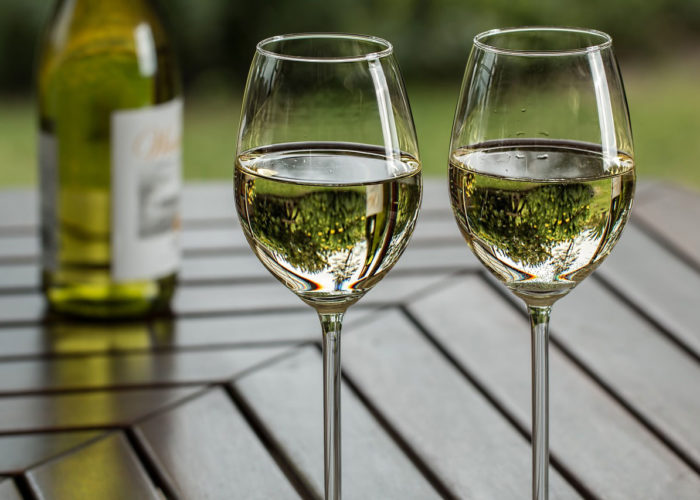 Our final cruise takes us to the hamlet of “Les Fouchards” situated 8 miles from Sancerre and close to the town of Cosne sur Loire.

After a buffet lunch we will take a short drive through the vineyards to visit the fortified town of Sancerre, it was the site of the infamous Siege of Sancerre (1572–1573) during the Wars of Religion where the Huguenot population held out for nearly eight months against the Catholic forces of the king.  This hill top medieval site gives you panoramic views over the Loire River and of the neighbouring vineyards of Pouilly Fumé.

The town of Chavignol (also famous for its goat’s cheese) is where you will have a private wine tasting of this famous Sauvignon Blanc. The distinctive soils types of the region produce many interesting flavours, something for everyone.

The C’est La Vie awaits your return for the Captains dinner, which ends your cruise in style. 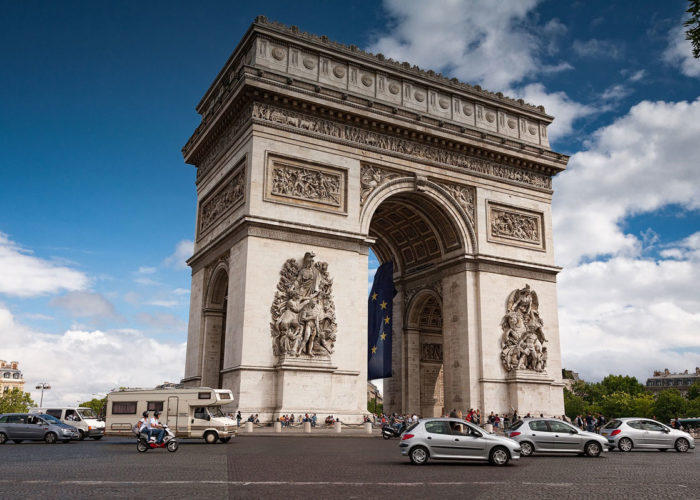 After breakfast, you’ll be chauffeured back to Paris for the end of the morning.

We hope to see you again on the “C’est la Vie”!

The 5-night Upper Loire barge cruise route is run in reverse on alternate weeks and can be different due to locale conditions.

If you have any questions, do not hesitate to contact us. 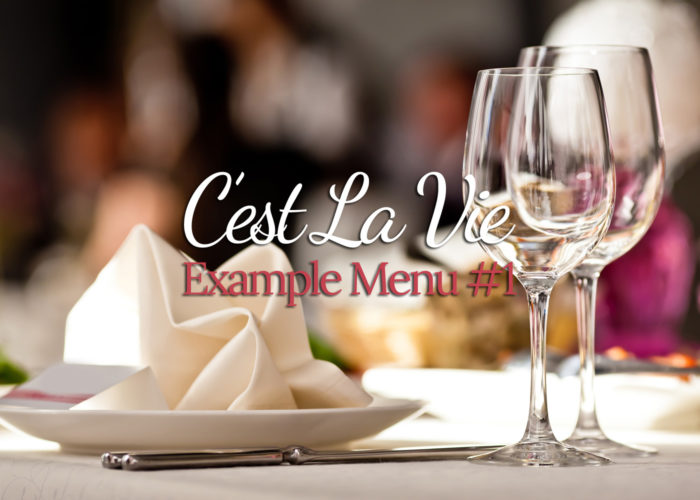 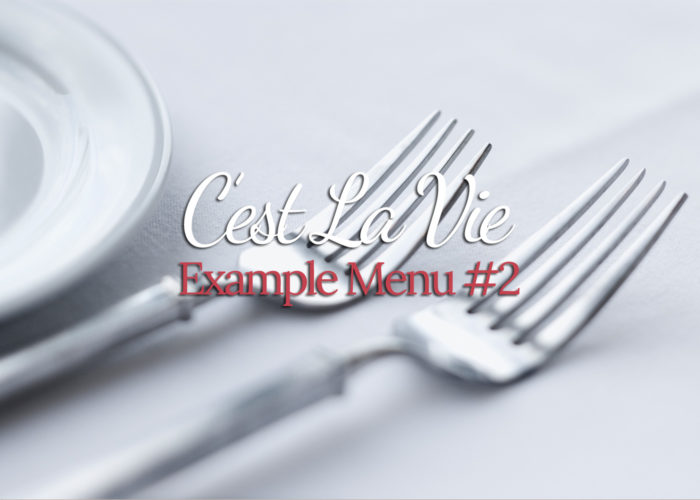 The whole crew were top notch

We had a wonderful, relaxing time on the barge. The whole crew were top notch, friendly and professional. The food, wine & cheese were outstanding; we also enjoyed the company of our fellow travellers. This was the 2nd barge trip for us, in totally different parts of France, C’est La Vie and the Marne itinerary […]

In my North Carolina French – C’est La Vie est extraordinaire. The food, wine, accommodations, service, excursions and ambience were all superb and easily exceeded our lofty expectations. Olivier, Deb, Tom, Adam, Alix & Heloise seemed to anticipate our every need or desire, for drinks, food, this & that – and all with such warmth […]